It’s a day with some pretty amazing symbolism. 150 years ago this month, the Emancipation Proclamation came into effect, freeing slaves in the Confederate States. Today is the observed holiday honoring Martin Luther King Jr, noted American civil rights advocate, and this year it’s the Inauguration of Barack H. Obama for a second term as 44th President of the United States. For the second term, Americans elected a president of African American descent. It’s a sign of how far we’ve come as a nation. 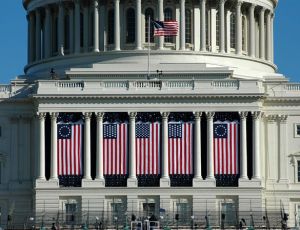 It’s easy to think we don’t need affirmative action, and that everyone is treated equally. I was reminded this week that we still have work today. The reminder came from an unexpected place.

It made me stop and think a bit about the work that still needs doing. The US is one of the nations which has never had a female head of state. What’s interesting is when you see some of the nations which have had female heads of state, they aren’t nations you may think of as progressive when it comes to their ideas about women. It makes you think.

The President said in his address that, “History tells us that while these truths may be self-evident, they’ve never been self-executing.” I’ve grown up believing the spirit of the words, “all men are created equal.” But I agree that those truths have not been self-executing. Liberty and justice for all isn’t automatic. It hasn’t been since that day in July, 1776 where a group of men stepped forward and told the King of England to go jump.

100 years ago, I was not considered intelligent or responsible enough to vote. Without women who were willing to fight, I wouldn’t have been able to vote in this past election. 50 years ago I would have been eating at tables that said. “whites only”. Have things changed? Yes. Is there still room to improve? Absolutely.

When we forget our history, we are doomed to repeat it. The wonderful thing about being American, is that I have faith that we will continue to move forward, one step, and one fight at a time. In the words of Doctor King:

I still believe in the American dream. God Bless the U.S.A.