Prompt- As long as I remember

As long as I remember…that no matter the outcome of any US election, the world does keep turning. It’s easy to get wrapped up in the hype around Election Day. With the rise of social media and instant everything, it’s hard to forget that this isn’t the first contentious election in US history. It won’t be the last. This is part of the American political heritage, and in a way it’s part of what makes the country so remarkable. When you look at the broad strokes, we have an amazing resiliency in our system of government.

What happened in 2000 with Al Gore and George W. Bush would have resulted in military coups in multiple countries around the world. Here we still had an orderly transition of governance. That’s pretty cool when you think about it.

As a nation we’ve survived some truly stinking presidents. James Buchanan lead us smack into the middle of a war between the states. Guess what? We survived. We grew as a nation, and the world kept spinning.

Don’t get so buried in the hype that you forget the lessons of history. America is stronger than any one individual, or any single election. We survived Buchanan, Polk, Pierce, Van Burren, and a host of other sub par presidents. Only history can tell us what the true results of this election will be. Odds are most of us will be dead by the time the verdict passes. So take a deep breath, then keep moving forward.

You will survive this. 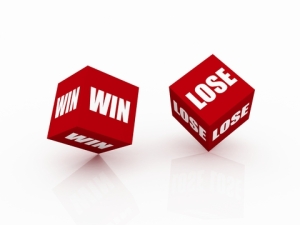 As the election season heats up, the rhetoric increases, and the bile and vitriol start pumping. I’m watching people go back and forth about politics with the same level of fervor that they follow sports. This includes the same type of mocking and belittling behavior.

It’s symptomatic of a deeper issue in my mind. We all know that there’s a loss of civil discourse in politics. It’s not just politics where you see the loss. All over the internet you see examples of people trying to shout at the top of their lungs to prove that they are right and you are wrong. It’s not enough to know that a friend’s sports team has lost, you’ve got to mock them and point out to everyone that you were right and they were wrong.

What’s the point? You win? Okay, what precisely did you win? It’s not like you were the one competing? Not to mention as soon as that game was won, it means it’s time to focus on the next one. The cycle continues to repeat. In the case of politics, okay your position is right. That means what? Are you doing things to help improve the lives of others as a result of your political position? Are you contributing to dialogue or are you just jumping up and down and screaming to prove that you can be right longer and louder?

One thing you learn doing fitness is that there are multiple ways to get people healthy and in shape. There’s no perfect 100% right way. I find that’s true in most things. Except bomb disposal, because obviously cutting the wrong wire is a bad thing.

But there’s a lot more grey area to the issues we face today. Taxes, health care, economic growth, and other major issues don’t have a one size fits all answer. That’s where the ability to discuss calmly and rationally comes in. The goal shouldn’t be winning. The goal should be coming up with an agreement both sides can live with. Sure that’s not always possible. But if people are willing to discuss in good faith, often times you can come up with something that works.

That only happens when people are willing to put aside the need to win and focus instead on the need to work together. It saddens me to see people I know so focused on winning that they forget that the loser is their friend, neighbor, daughter, or son. Is that really a win?